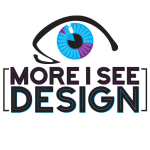 Several months have passed since we started our old man on CBD therapy. He’s had his fifteenth birthday since then and is still the playful happy dog he always was. Poor ole Nicky was really starting to show his age after turning 14. He had really slowed down, and was starting to thin out. His appetite was great, but he was stiff and sore with arthritis and wasn’t moving around a whole lot. He’d definitely started to lose some muscle from just not moving around as much. The three steps to go out for a pee were getting to be a bigger and bigger challenge. We prepared for the “bad day” when our eldest puppers would be in too much pain, or suffer from another issue.

We knew about the benefits of CBD, and knew it was safe for dogs, and non tolerance building – so as a hail Mary we figured why not. It was cheap enough and at the very least Nick should be more at ease for the time being. So we started him on about 5mg a day of CBD. We quickly saw a bit of relief in him which we wrote about in the article CBD Pet Therapy.

He’s been in much less obvious pain and we’ve noticed that he’s regained a fair bit of muscle in his hind legs in the months that have passed. Stairs are less of an issue than they were before, and he felt well enough to tackle the big set in the house during a storm so he could be near everyone else – which he hadn’t been able to do for two years at that point. He’s now gotten in the habit of doing little hops on his front legs when he knows it’s time to play, which is nice to see.

Now don’t get me wrong – he’s still a 15 year old Labrador. He can’t see or hear very well anymore. On walks he’s no longer waiting for you to hurry up, but flips between a walk and a trot, and is pretty beat by the time we go around the block. He’s got lumps and bumps. He kicks the wall during his sleep like an old fool, and he seems to relish in being in your way when you need to walk through the kitchen.

So far though the CBD has been one of the best things we could have done for him. A vet tech in the family was quite surprised at just how much muscle tissue he had regained. We decided many months ago that CBD along with his grain free food was the best thing for him – it showed the most promising results.

If you think your fuzzy buddy could benefit from some pain relief – grab a bottle of CBD oil for your pets, and place a few drops on their food. Safe for both cats and dogs. Or if you’re the DIY type – you can mix some CBD isolate into a carrier oil and measure your doses accordingly.